“It’s a bit strange to be doing this with 5 year olds.” 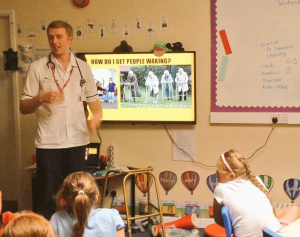 When I was walking through the school with our local community police officer, talking about how we were organising our careers week, he said, “It’s a bit strange to be doing this with 5 year olds.” I suppose he was right. I can’t imagine there are many 5 year olds who will be thinking, “That’s it, I’m going to be an instrument technician!”, but that is why we were so keen to carry out our second careers week, to get pupils thinking about the possibilities of what lies ahead for them.

For most pupils, certainly primary school pupils, the main experience of a career, is often through their family. Work that mum, dad, uncles, aunts or family friends do, are often the careers they know about. Mum working at the doctor’s surgery often makes them think they want to work at the doctors; Dad working as a mechanic often makes them think about being a mechanic. One of the main aims of our careers week this year was to introduce our pupils to a wider range of careers; careers they might not have even thought about. 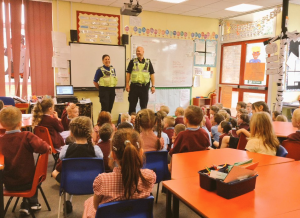 This year we have had an excellent range of visitors to inform our pupils about the work they do. We had people who work locally; a train conductor, a vet, two nurses and our local police officers. We had people who work for large multi national companies: a chemist and an instrument technician. We had people who have an impact on people regionally; the ex editor of the Northern Echo and a physiotherapist and nationally, our local MP and an ex England football manager. All of these people showed the variety of jobs and careers that our pupils can have in their future.

During the week our pupils had to complete a booklet about the people who were visiting their classes. The questions they wanted to ask and the key facts about their work. This took place across the school. Our nursery pupils, up to year 6 were able to think about the different options that could be open to them. The one key theme that all of our visitors highlighted was the importance of hard work. Whether it was the train conductor talking about the maths and English skills needed to do his job, or Steve McLaren telling our pupils that staying focussed on what you have to do, all of our visitors highlighted the importance of doing your best. 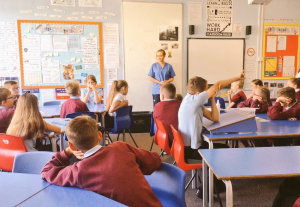 We were absolutely delighted that so many visitors came into our school to share their thoughts with our pupils. Some had arranged time off work so that they could visit us which shows a real commitment they have to inspiring the next generation of people who might carry on their work.

When visited by our local MP it was wonderful to hear Anna Turley talking about the reason why she was inspired to become a Member of Parliament. Her desire to tackle injustice and change the world, will have made our pupils think, “I want to change the world!” She mentioned that when she was at school her local MP did not visit, so for our pupils to have a better understanding about the importance of democracy, hearing that from the local member of parliament who delivers that in our area is really important. In what has been a hectic week for our politicians it was wonderful that Anna took time out for one of her local primary schools. 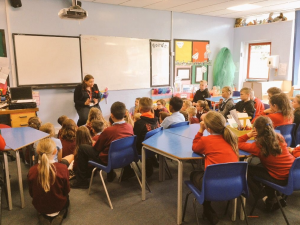 Steve McLaren visited us on Thursday. He was invited into school by three boys in year 3 and we were absolutely delighted when he accepted our invitation. Originally Steve McLaren was due to come into school on Monday and due to the fact that he had to work on Sky Sports, commentating on the England game, he had to cancel. Initially we thought he would not be able to make it, but he rearranged as he said he did not want to let us down. Steve highlighted many important messages for our pupils and showed them his ‘Psychology of Success’ presentation that he showed to Yarm Independent School last week. He highlighted the importance of support from your family, being inspired, hard work, a bit of luck, and most importantly bouncing back from failure. So we had one of the the most successful English managers of recent times, the most successful Middlesbrough manager ever, a successful manager of two continental clubs taking to our pupils about staying positive when things get tough (and he should know). What a great experience for all of our pupils. 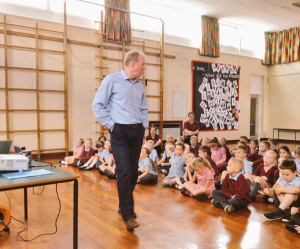 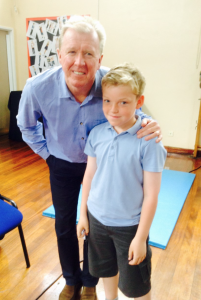 As well as thinking about the distant future of careers, the week also provided our pupils with the opportunity to think about the next step they will need to take to make their successful way to their chosen career. On Wednesday year 4 were invited down to Outwood Academy Bydales to watch the our ex pupils take part in the year 8 graduation ceremony. This step, which for this class is only 4 years away, highlighted the importance of working hard at school and making sure that every door is open for the choices they need to make in the future. It was fantastic to see our ex-pupils succeeding at Outwood Bydales. Every pupil who attended New Marske Primary School graduated and will now start their GCSEs. These GCSEs are the first stamp of approval the pupils will need to obtain to make sure that the career they are thinking about is an option for them and by attending Outwood Bydales our pupils could see that they are on that journey already. 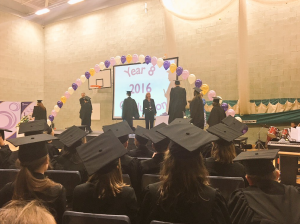 Many, many thanks to all of our visitors who made this week a valuable week for the whole school. Is it strange to carry out a careers week for 5 year olds? Yes! But it’s worth it.