When people are kind to others, unexpected things happen. 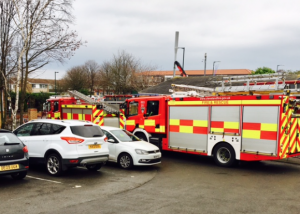 As you know, in school at the moment we are taking part in our ‘Christmas Kindness’ activity. For this activity pupils have to do a range of small acts such as making a telephone call to a relative or telling a joke to cheer someone up. Our hope with these activities is that the person on the receiving end will feel pleased that someone has taken time to do something for them, but the person doing that act will also feel pleased that they have helped someone.

“No act of kindness is ever wasted”

One of the tasks is to prepare a small goodie bag to say thank you to someone. The suggestion is that this can go to someone who helps us; the local police, school crossing patrol, firefighters, or local shop keeper. One thing we are working out in school is that when pupils do this, unexpected things happen.

For example, on Thursday evening one of our pupils made a small goodie bag with his mum and dropped this off at the fire station. Unfortunately all of the fire fighters were out at the time so the boy and his mum could not see the reaction of the people they were handing the gift to and left it at reception. 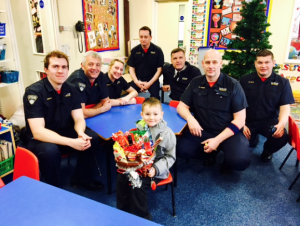 Imagine our surprise the next day when we receive a call from the fire station asking if they could come into school to personally thank the boy. They said that they missed him the evening before and were so appreciative of what he did that they wanted to come across and personally thank him.

Initially we thought a fire fighter might pop across to school after his or her shift to say thank you, but at 11:15am we were surprised to see two fire engines arrive at school with the full shift of firefighters. 9 firefighters crammed into the classroom to personally thank the boy and say that they were so delighted with his kindness. They invited the boy and the whole class to come outside and have a look at the fire engine. They gave the boy the keys, allowed him to sit in the driver’s seat and let him switch on the sirens for the class.  He was delighted, the class were delighted and the firefighters were delighted. At the end of the visit each firefighter shook his hand and one of them gave him a number of small gifts from everyone at the station. 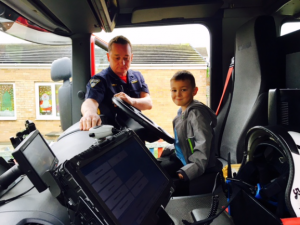 This event shows that even the smallest acts of kindness can have unexpected outcomes. The boy and his mum did not give a gift to get a visit from the fire fighters; they did it out of genuine kindness and that was appreciated by the fire fighters. Not every act of kindness will be rewarded by a visit or by some kind or reciprocal act, but every act of kindness will be rewarded with someone feeling better that another person has taken time out to help them.

“We rise by lifting others”