SATS Are Over! By Press Gang

The week beginning the 8th May the Year 6’s SATS began. We had to sit a Reading, an Arithmetic, two Reasoning papers and a SPAG paper during this difficult week. When we had finished our last Reasoning paper on the 11th of May, we went out for a amazing meal out at Alessi’s and most of the class went to the wonderful,trampoline park called Air Time. Following the end of every SATS paper, we had an hour worth of PE (including, football and rounders).

We asked Miss Pearson and some children what it was like to be involved in SATS. “I think SATS went really well as we were prepared from morning Boosters,” Miss Pearson stated. “The questions weren’t as hard as last year’s but I thought in the back of my mind it would be harder.” She also stated “Everyone deserves to pass.”

Carl Baines also interviewed Harry Todd on SATS he stated, “I found them easy but not hard as some papers were easy and some weren’t. Also, I thought we were prepared for these tests as we had Boosters- our early mornings”. Furthermore Harry answered “The easiest paper was SPAG and the second Reasoning paper was the hardest.” 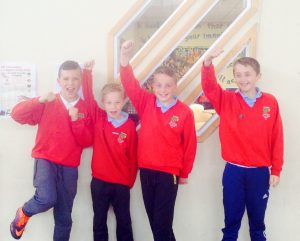 We interviewed Mr Dooris (our headteacher) who said he thought it went well and the Year Six children seemed confident about the test.  We are so pleased they are finally over and we can now concentrate on our end of year musical, Joseph!