The final half term of the year

At this time of year we all look back and say, “I can’t believe how fast this year has gone!” They do seem to go faster and faster. It only seems like yesterday that we were preparing for Christmas productions or hoping for the sun to shine for the Easter break. Within schools the pace of time seems to be more marked due to the fact that the academic year is split down into neat little sections. We have three terms a year: autumn, spring and summer, with each term split into two half terms. At the end of every half term, roughly every six weeks, we have a short break. This leads up to the end of the summer term when the school breaks up for the summer holiday. I can’t believe that we are almost there already.

People often think that the final half term is more relaxed than others as schools enjoy the improving weather, with most end of key stage assessment having taken place, but nothing could be further from the truth. As we enter our final term a number of really important activities have to take place before the school breaks up on the 20th of July.

From the middle of June, pupils in year 1 take part in the Year 1 phonics screening check. The phonics screening check is a short, light-touch assessment to confirm whether individual children have learnt phonic decoding to an appropriate standard. It identifies the children who need extra help so that the school can make sure these pupils have the skills needed to develop the ability to read effectively. Within school we use the Read Write Inc scheme to develop the phonic skills of our pupils. As a school we have made significant improvements in the standards we achieve in this area. In 2013 50% of our year 1 pupils passed the phonics screening checks, with 82% passing in 2015. Excellent phonic teaching takes place every day within school, with pupils being split into groups to provide targeted teaching to help develop this important area. The screening check will take place between the 13th and 17th of June, with pupils being assessed by Miss McMeekin. The pupils have to read forty words, some real words and some nonsense words. The check is carried out in a relaxed manner, with pupils often not realising they have taken part in the check. 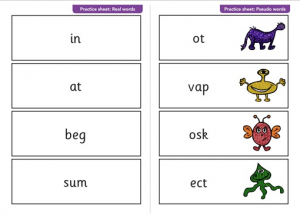 As we head towards the end of June, our year 6 pupils will be preparing for the end of year production. This year year 6 have decided to celebrate the 400th anniversary of the birth of William Shakespeare by performing one of his most popular plays; A Midsummer Night’s Dream. This ambitious production uses song, dance and drama to perform a humorous and enjoyable version of this play. The performance will use a number of pupils from a range of classes to provide the cast and will be a thoroughly enjoyable experience for the whole school. The play will be performed on the 27th and 28th of June at 6pm. 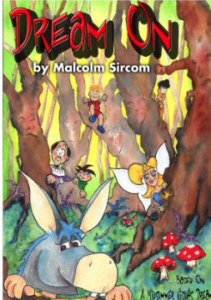 The final weeks of June will be your child’s last days with their current teacher, as the school will again take part in whole school transition from the 4th of July. Transition last year was incredibly successful with all pupils benefiting from moving classes before the summer holiday, rather than after it. As a school we felt that this transition reduced the anxiety about coming back to school after a long summer break, with pupils knowing where their class is, what their teacher is like and what life is like in the new year group. The transition activities also provided the opportunity to get the most out of the academic year. Learning at New Marske Primary School goes on right until the final bell on the 20th go July, with pupils working on activities that will get them well prepared for the first day back in September.

On the 4th of July our year 6 pupils head down to Outwood Bydales, which provides us with a great opportunity to move all of our classes within school. More information about classes and the transition will be provided over the next two weeks.

This is a summary of a small number of activities that will be taking place in school over the coming weeks. As well as this we have the Queen’s birthday picnic, the family football festival and careers week. This all proves that the final term of the year is not a time to coast to the end, but to squeeze as much in as possible, so that our pupils are as well prepared as they can be for the next year ahead.