Farewell and good luck to our year 6 pupils 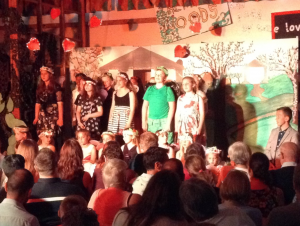 What a final week for our year 6 pupils. I do not think we could have physically squeezed in any other activities into this week to help celebrate the work our year 6 pupils have carried out at New Marske Primary School. 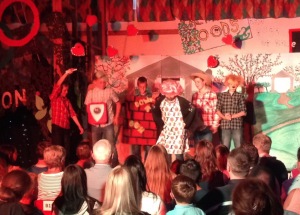 The week started with Year 6’s version of A Mid Summer Night’s Dream. This involved year 6 performing for parents on Monday and Tuesday night, with a performance for the school on Wednesday morning and a final production for parents on Wednesday afternoon. After weeks of rehearsing lines, practising songs and practising their dancing, everything came together for one final week to deliver the finished performance to parents and year 6 did not let us down. From the moment the class came in, well supported by year 5 and a collection of fairies from across the school, the audience were laughing and clapping along to a wonderful version of one of William Shakespeare’s most famous plays. 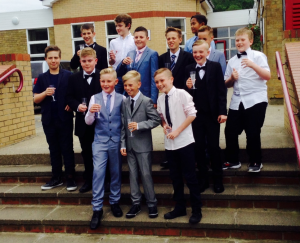 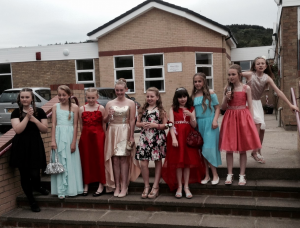 No sooner had the performance finished, when Year 6 were then preparing for one of their most eagerly awaited events of the year; the Year 6 prom. This event involved the pupils coming into school for a three course meal and then having a school disco, with KS2 joining year 6 for the final hour. When the disco finished, parents had arranged a ‘party bus’ to take the pupils on a trip around Saltburn. After this hectic week it was surprising to see our year 6 pupils so full of life on Friday as they prepared to take part in their leavers assembly. 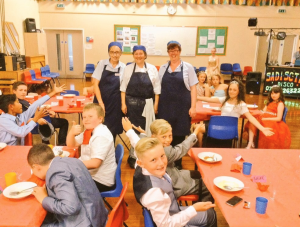 From Monday the 4th of July Year 6 will become Year 7. The transition package provided by Outwood Academy Bydales has allowed our pupils to get the best possible start at secondary school; meeting their teachers, finding their way around school and starting learning before September. This early start their the next stage of their learning will prepare them well for their time at secondary school. We are so pleased they had a fantastic week. They will sleep well this weekend, before their next journey starts on Monday. Good luck year 6. It has been a pleasure having you in school.