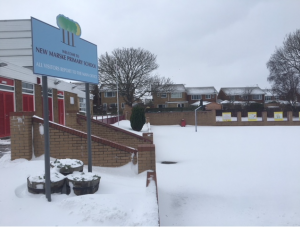 I am writing to inform you that for the third day, New Marske Primary School will remain closed. This will mean that school will reopen on Monday 5th March 2018.

The decision to close school on Friday was not a decision I have taken lightly and was based on a number of factors; the primary factor being the safety of our pupils and staff.

A recent Met Office update has highlighted that over the next 48 hours there is the possibility of:

These factors, including the Highways Agency adding that, ‘Cold weather and drifting snow continues to cause problems for drivers throughout the region’ means that the best way to avoid any risk of harm to our pupils or staff is to remain closed tomorrow and open up on Monday after the worst of this unprecedented cold spell has passed.

Even though the school is prepared for pupils, after a huge amount of work from Mr Tranter, I am very conscious that the roads and paths around New Marske are still covered in inches of snow which will cause problems on the way into and from school. 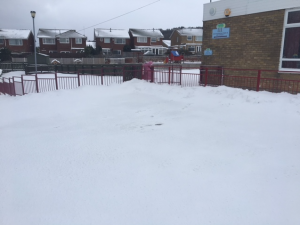 I would like to apologise for any inconvenience caused over the past three days. I do know that parents often have to take time away from work when their children are not in school, however due to the severity of this recent cold spell, I do feel that this decision is the best decision for our pupils and staff. 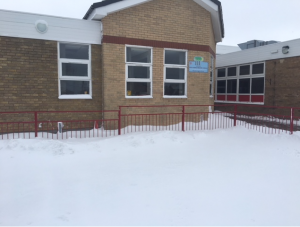